Former president of South Africa and incredibly fantastic freedom fighter, Mandela, is not the type you write a hurried, half baked, wishy washy tribute or eulogy for in the name of wanting to blog about him. Better to just celebrate him as simply as we can than try too hard to portray his legendary fame that my grand children would perhaps still talk about. Since I can’t find the ultimate words for an ultimate super man, I decided to post 10 of my favourite words from him. I say words because they are all not necessarily quotes. They range from answers he gave to journalists, to speeches he read at events, and his biography. I always dreamed of meeting him and Oprah, but he has passed now, so I better speed the Oprah process up 🙂

When world presidents address their different nations in less than 30 minutes of the announcement of your passing, you know you are a great man. There are many things to learn from the life of Madiba. We don’t even know what religion he practiced, but he lived, and he loved which should be what everyone should want to do. He touched many lives on many subjects that even exclude politics. Love, forgiveness, liberty.  He was definitely not without fault, just like all of us. But faults don’t make a man. And like he once said ‘I am not a saint, unless you think of a saint as a sinner who keeps trying’. There may never be another Mandela, but I hope there can be people who would do everything in their means to impact their world no matter how little. That the Mandela dream of Africa being able to live at peace with itself doesn’t fade. 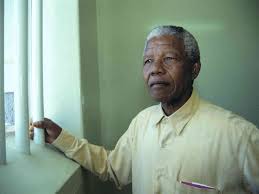 Below are 10 of my favourite in no particular order, but with the first one being very profound and important to me.

As I walked out the door toward the gate that would lead to my freedom, I knew if I didn’t leave my bitterness and hatred behind, I’d still be in prison.

What counts in life is not the mere fact that we lived. It is the difference we made to the lives of others that will determine the significance of the life we lead (from his speech at the 90th birthday celebration of fellow activist Walter Sisulu, in Johannesburg, May 18th 2002)

I have fought against white domination, and I have fought against black domination. I have cherished the ideal of a democratic and free society in which all persons will live together in harmony with equal opportunities. It is an ideal which I hope to live for, and to see realised. But my Lord, if need be, it is an ideal for which I am prepared to die (defence statement during the Rivonia trial in 1964… Two months later, he and seven other defendants were sentenced to life in prison)

No one is born hating another person because of the colour of his skin or his background, or his religion. People learn to hate, and if they can learn to hate, they can be taught to love, for love comes naturally to the human heart than its opposite. (From his biography- Long Walk to Freedom)

Death is inevitable. When a man has done what he considers to be his duty to his people and his country, he can rest in peace. I believe I have made that effort and that is therefore why I will sleep for eternity (In an interview for the MANDELA documentary in 1994)

Those who conduct themselves with morality, integrity and consistency need not fear the forces of inhumanity and cruelty (At a British Red Cross humanity lecture in London, July 2003)

When of his aides said to him that ‘according to experts, their rugby team won’t reach the quarter finals he replied him sarcastically; “According to the experts, you and I should be in jail”

Only free men can negotiate, prisoners cannot enter into contracts. Your freedom and mine cannot be separated. (Mandela, refusing to bargain for freedom even after he had spent 21years in prison. Quoted in Time Magazine in 1985.

To be free is not merely to cast off one’s chains, but to live in a way that respects and enhances the freedom of others.(From his biography- Long Walk to Freedom)

Rest in Peace Madiba, Thank you for your exceptional contribution to the entire world, and thank you for inspiring millions of us even in your death. Your legacy lives on.