The Underground Night club/church opens today 31st January 2014 in Abuja, and I will bring you photos from the unveiling later. There is something majorly unique about the Underground in that it is godly. Yea, it is a godly night club. My dad used to say that if Mohammed wouldn’t come to the mountain, the mountain will come to Mohammed. And so here is Church going out to the streets. Here is church reaching for the “unchurched”. “To the weak, I became weak that I might gain the weak“- 1st Corinthians 9;22

The underground is for the ladies of the night, and the men that chase them. It is for the ones that the neighbourhood call bad boys and girls. The ones who struggle with sex, addiction, violence and even self esteem. It is for the sinners that God indeed came to die for. The condemned. “I came not to call the righteous, but sinners to repentance“- Luke 5;32 . Christians are called to be fishers of men. Some fish by day, but the Underground would fish at night. Here’s a completely different approach to the gospel that remains true. Its like nothing you have seen before. Its fresh, non traditional, and very dynamic. Expect everything- Dance, comedy, worship, laughter and the UNDILUTED word of God. Every Friday Night from 11pm at 57, Lobito crescent, opposite Visafone, Wuse 2, Abuja. In the words of the Underground boss, it is not about where you gather, but in whose name you gather.

By all means if Jesus lived in our century, I believe he’ll be chilling with the “crooks”, like that tax collector dude in the Bible, or the adulterous aunty. No other way to save them than to roll with them. 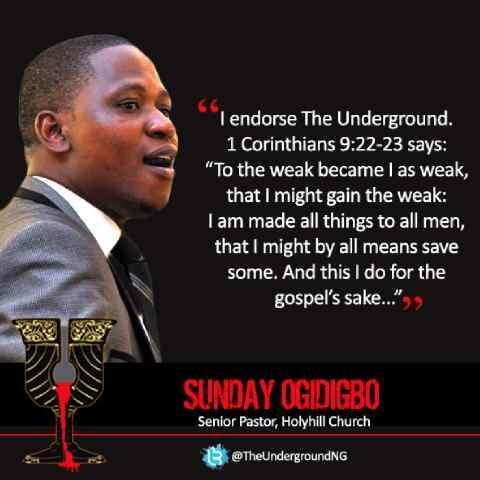 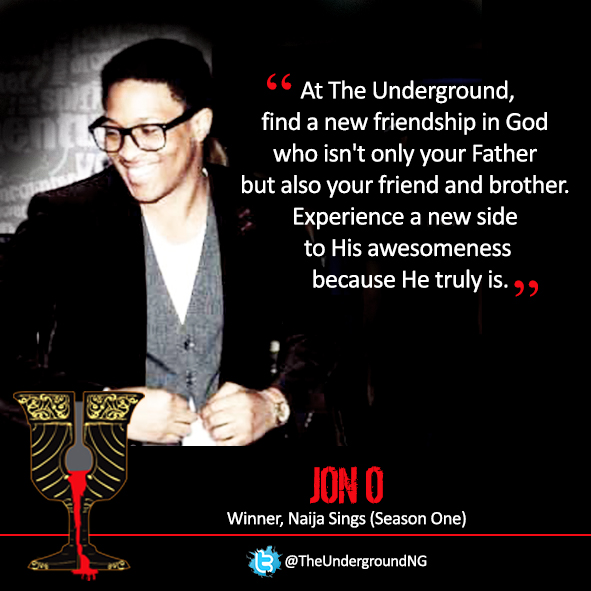