I was chatting with a mutual family friend about relationships and life. Throughout the conversation she just kept nodding and smiling till she eventually blurted out that she wanted to introduce me to a friend of hers. I got interested, wanting to know more about who the guy was and all…but all she told me was that he was a normal dude, very nice and just right for me! Imagine!loool! Two weeks after that day, I met him. Honestly, when they walked into the restaurant (Guess, New Buka, OAU,Ife) I just thought in my head..oh no…not my type..loooL. I was with a friend of mine who took over the conversation while I was chatting with my family friend, little did I know that this young, smiley, nerdy looking guy was my blessing. Two days later, I got a call from him…I thought to myself..I didn’t give you my number??? but I guessed who did, even after I had said to her I wasn’t interested! We got talking, then he started coming to my room, parking outside my hostel every night for the next two months.

He had just cooked me a watery meal of yam pottage..loool..I was still trying to seperate the yam from the sauce when in the middle of the conversation he asked me to be his wife, I was sooo surprised I left my food and ran out of his room..lool..*covering my face*. When I got back I tried to correct him to say girlfriend rather than WIFE but he told me he meant WIFE! I looked at him for a while and told him to give me time, although I knew the answer was yes. Over the past two months, I had come to realize that he was a very deep person, godly, gentle, humble, morally stable, intelligent and everything I had secretly asked God for. However, the old fashioned girl in me didn’t want to jump the gun..me and my thoughts again..let him ask jare! Plus I did small shakara..loool! I also finished the watery pottage o..he tried small..My sweet friend Ayo Adisa was the first person to send me an sms when I said yes..it read..“congrats Mr and Mrs”, guess she was right after all! We dated for two years and broke up for some flimsy reasons but kept in touch as good friends up until 2012. We decided to hang out in london together and he asked me again. By this time, I had become more mature and I discovered that I was still in love with him (Teminikan – the one for me) but I played my “give me time” trick again so he knew it was a yes, although he wasn’t so sure.

My baby was in town and we went to have dinner at Southern Sun Ikoyi, Lagos, he had been hammering on this dinner since he arrived…was wondering.. what’s all this about now?..abi does he want to propose? I shook the thought away because it was too soon..little did I know..lool..I noticed he was restless, he would get up at least three times during each meal course and I had never seen him like that.. so I kind of asked him if anything was wrong and then he calmed down and we continued chatting and eating. Out of the blues, a waiter walked to our table with a covered plate, after the usual greeting, she turned to me and said “madam, since its your first time here, we would like to offer you a special dish, if you don’t mind”, she didn’t give me a chance to answer before she lifted the covering on the plate and all I saw was vegetables…looool…and in the middle of the veggies was a black box with a beautiful ring, Ade was on his knee, people were taking pictures,clapping and screaming say yes, my heart was racing..I put my hand forward…he put in the ring and he reminded me that I hadn’t said yes and I said YES to my darling and to all we had been through together and I would never regret that YES honey..

What can I say? Like all stories, it has been a thrilling, exciting and glorious journey thus far. I was introduced to Timilehin through one of our close friends. Apparently I had described the dream girl I wanted and she thought she had found the perfect match. In hindsight she did find the perfect match for me. My God given gift. Unlike many other stories, however, mine was not love at first sight (sorry to disappoint you guys). I guess for me I wanted my “Take Home to Mama” to be more than the beauty but also filled with the brain, exemplary character and virtue I longed for in my Queen.

So after being friends for more than 2 months, you can guess, I started falling head over heels in love with this lovely damsel. I finally popped the question “Will you be my Wife?” Not sure if Timmy was expecting it, she probably was. But at the time she ran out of my room in excitement, I want to believe. T-baby however made me wait for I think 5 days before she said “Yes”. I won’t say I was totally confident I would receive a “yes” but I had high hopes and was trying to be positive. And that was how we started the relationship in December 2007.

We spent most of our time together and it was a beautiful experience. I opened up all my heart and poured out all my love. Somehow I had a feeling she was going to be my wife. I had this special connection with Timmy that truly I can’t explain. I can remember when I was telling my dad about T-baby. I said “Dad this is my future wife” – I want to believe it must have been God. So we continued together until I graduated. As with all relationships, it was not all smooth sailing. I wish it was but we did have our challenges especially as we were coming from different backgrounds and families.

So after about two years of dating, we parted and went our separate ways. We still however maintained contact from time to time. Looking back I can say we were still growing in maturity. We were probably in that phase where we wanted to have our way all the time. Can I say we learnt our lesson. All through that time I had Timilehin on my mind and thoughts of my baby, my one and only love would not go away. It must have been God. So after a while we got talking again more often than usual. But we kept it quite platonic. You know, deep down we both knew what we wanted. So we got back together in a relationship in 2012 when Timilehin was in London. I got back home in December of the same year and proposed to the love of my life, my Joy and my peace. And she said Yes!!! And we got married in August of the next year. So here we are today. The rest is history as people usually say. 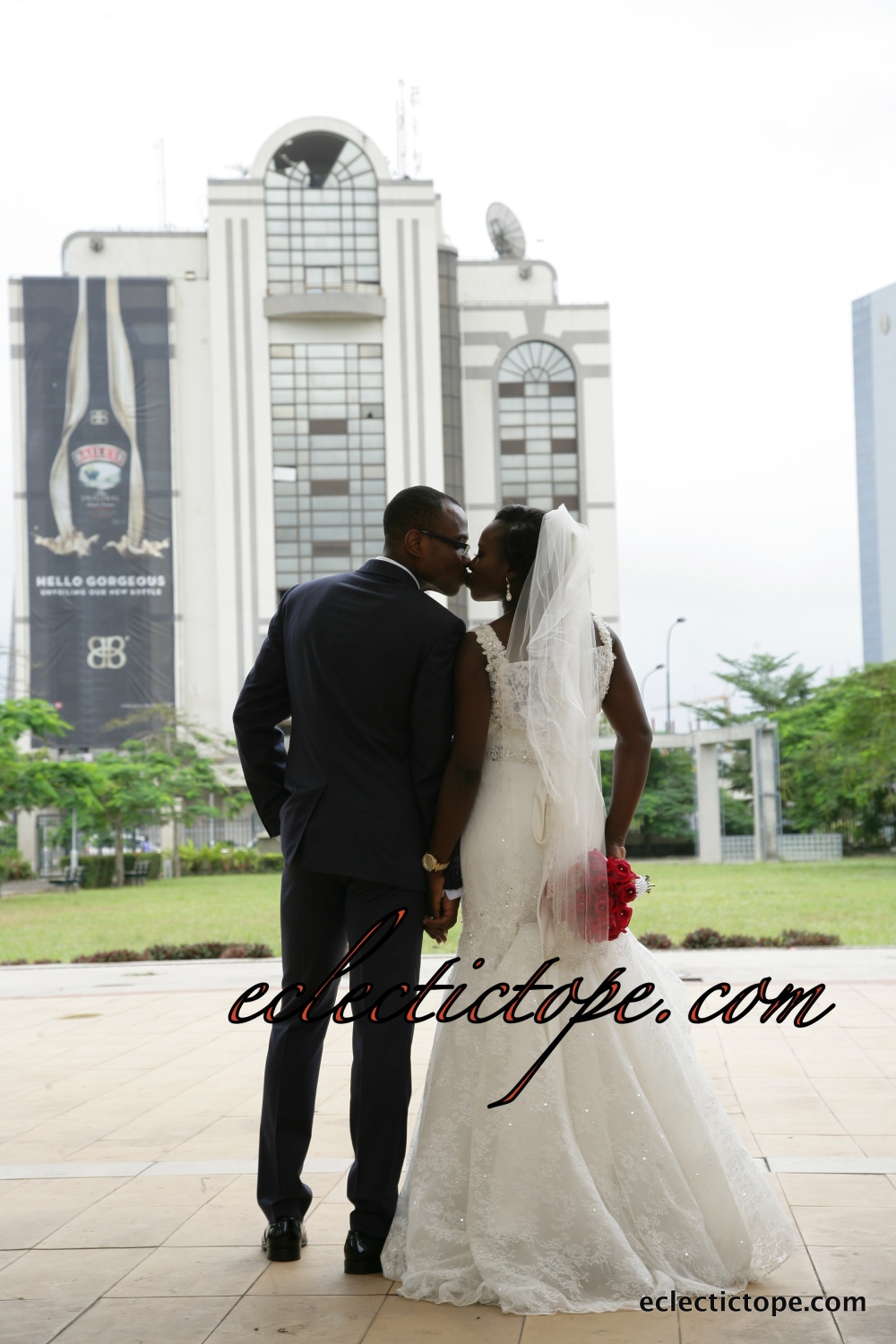 Editor’s Note; Timi and Ade will celebrate their 1st Year Anniversary on the 31st of August.