I’ll be straight up, I did not much like this book.

The dialogue was one one of my biggest issues with it but it was perhaps the way people spoke in the apartheid and post apartheid period of South Africa, the period when the book is set.

It follows the life of a university Professor, David Lurie who when he isn’t sleeping with women; colleagues and prostitutes alike, lives an almost typical life of an academic – researching and teaching i.e until a scandal sets him on a path of disgrace as the novel title suggests. He gets a student in his class in to his bed and soon the news gets out all over campus. Again, because it was written a while ago (in 1999) the sense that people, in this case lecturers can get away with harassing their students is very prevalent. It is obvious in the manner in which disciplinary action is taken against him. His colleagues are willing to cut corners for him. I read this with the unfortunate sense that even now, 17 years later, it is still a thing that happens in universities across Africa. He resigns, rather than being laid off. 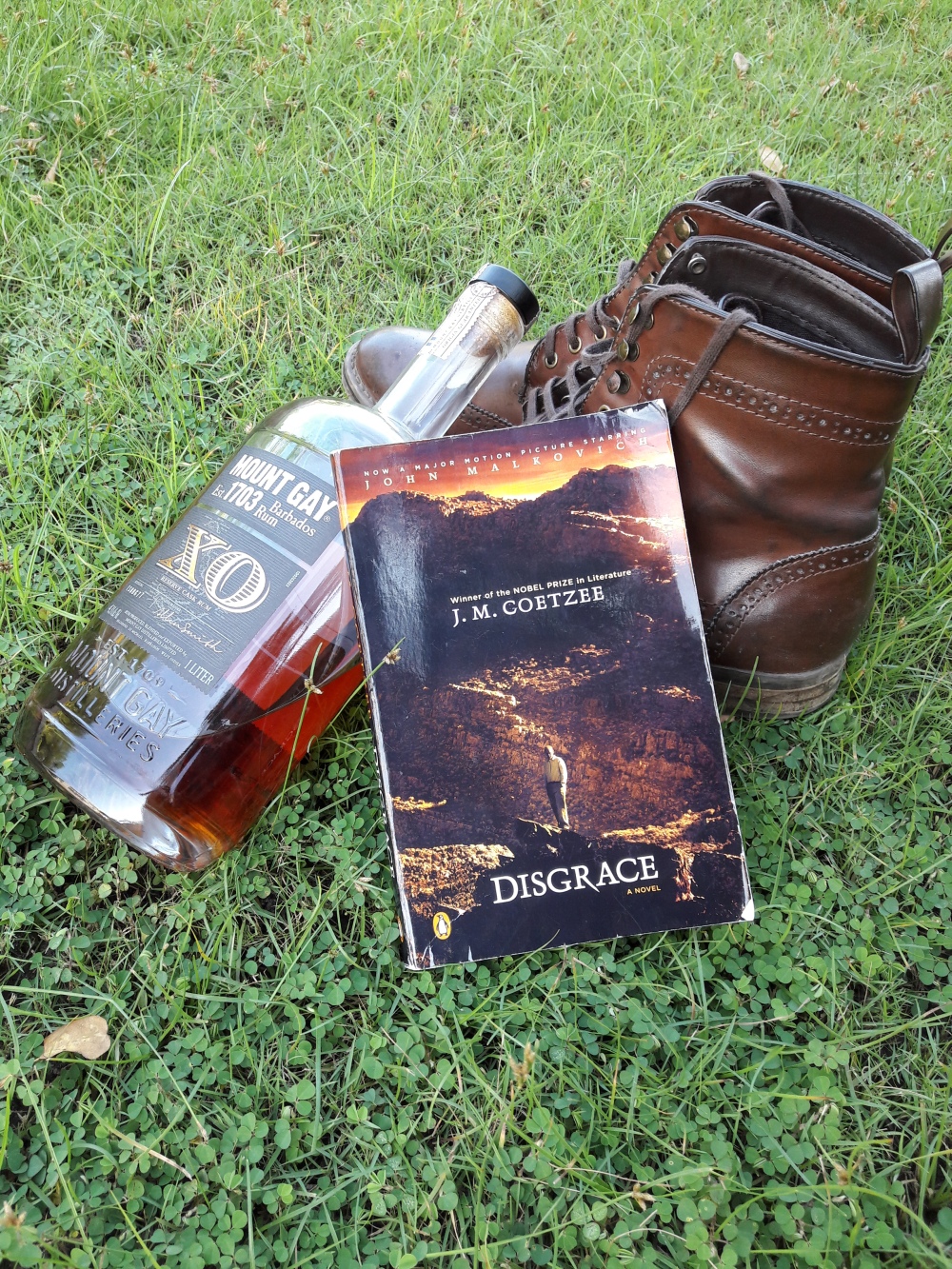 Though he is stripped of everything (his job, his car, his daughter’s innocence, even nearly his life as he was almost burnt alive) it is not directly as a result of the scandal which I have a problem with because this suggests somewhat that even though he didn’t get the fullest wrath of the law at his university he atleast got “disgraced” afterwards when he went to live with his daughter Lucy who after he moves in with her gets raped by three unknown men. The “effects” of the brutal rape almost silences his once cheery daughter thereby driving a wedge between them. The one relationship thats meaningful and important to him.

Many parts of the story felt unrealistic to me, like when he (Prof. Lurie)  visited the family of the lady who accused him of assault for dinner and brought with him wine he hoped they would like. It did absolutely nothing to the story line. Infact it reeked more of white male and class privilege to me.

Characters like Petrus felt forced to me. It felt as though Coetzee didn’t have much planned for him but he desperately needed him to be present as a black farm worker in post apartheid South Africa. Also, David Lurie from what we know from the novel is definitely not a likeable man – he is full of pride, thinks himself a critical thinker, is misogynistic, thinks women and their beauty should be shared with him, uses them, even talks bad about the ones who don’t look appealing to his eyes, yet, Coetzee makes him very accessible to the reader, lovable even and makes us empathise with him by making him a romantic poetry scholar who loves his daughter deeply as though that is enough to erase his bad behaviour, enough to make him worthy of the compassion he himself is not willing to give.

On the up side, I cannot deny the genius that is J.M Coetzee’s writing.  He does a good job telling you everything he wants you to know, it is blunt though emotional and it is very poetic which is the only reason I am giving it a 5 instead of 3 over 10.

There are layers to this book as it opens up to many issues like rape, apartheid, race, sexual violence, animal rights etc so maybe I will have to read it again for more insight. Possibly read it like a study text for school or so. I don’t know.