I am sure by now we all know that SELFIE is Oxford dictionary’s word of the year. After much debate with other words like twerking, they consider it the most important new word to enter the lexicon. Apparently usage of the word hit the roof these past 12 months. It means a photograph one has taken of ones self, typically one taken with a smart phone or webcam and uploaded to a social media site.

Though people have been taking Selfies for a while now, it became extremely popular on social media in 2013. Many have said 2013 is the birth and death of the phenomenon, as politicians like Obama and David Cameron have put a somewhat end to it after posing for a selfie at Mandela’s memorial service. I personally have no issues with that photo.

Anyway, whether it continues or not, in future, when your children ask you why you have so many framed photos of yourself with your neck at an odd position, you can point at the word in the dictionary and show them how legitimate the action is. You can even google photos as back up. The word even comes in variations like welfie, for photos u take while working out, belfie; photo of your bum, drelfie; photo of you when drunk,

In no particular order below are some top selfies of 2013. 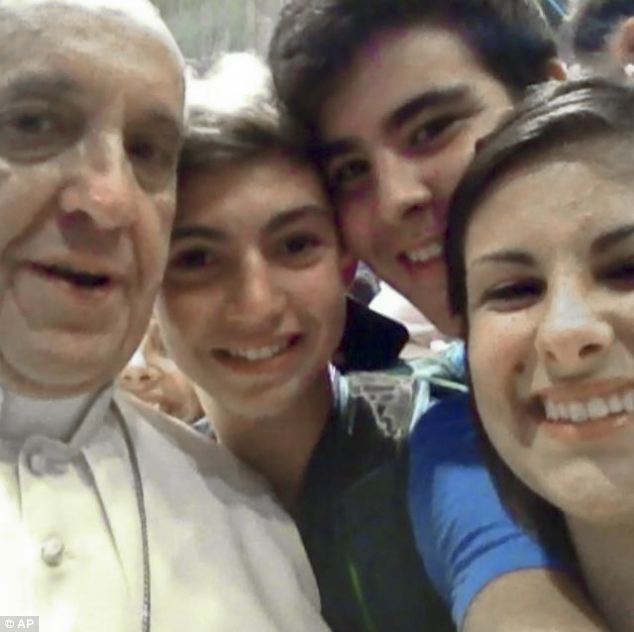 Papal Selfie; The Pope poses with teenagers who were on a visit to the vatican.

Double Bill, one selfie; Bill Gates and Bill Clinton at the Clinton Global Initiative in September.

I don’t know what it is about this selfie of Justin Bieber, all I know is that it has over 1.2million likes on Instagram.

Chelsea Clinton poses with her mom Hillary in her first Selfie ever.

15 year old Australian girl got lucky when she asked Beyonce for a quick pose in the middle of singing Irreplaceable.

The David Beckham selfie everyone is still swooning over. *sigh*

Shortly after she chopped off her famous long locks, Beyonce Instagramed this selfie of her new pixie cut.

Meryl Streep and Hillary Clinton bring out the little girls in them by posing for a selfie on Meryl’s iPhone.

Ok one more bonus selfie from Michelle Obama and her dog Bo, out in the sun. I couldn’t resist.