P.S; First of all, I have to say this. I don’t know who I offended, but I have been trying to post this for like 9 days now. Its been war. Eyin familiar spirits. I bind you o. I initially thought about scrapping the post from my draft,  since it was sorta already old but I really liked it when I first saw it, and since I still had it in draft, I thought, heck, I might as well. I left it as original as I first typed it. So if you see the word “yesterday” it means January 8th.

Nigerian- American Teju Cole is an amazing writer. He’s the Author of EveryDay Is For The Thief, and Open City.  I have read the former, and it is a pretty good book that dwells on life as a Naijaboy  in Lagos and NewYork I think. Can’t remember clearly, but I loved it when I read it. He has a weird or let me say different style of writing, and he is well known online for his “small fates” tweets. Anyway after close to three months of no single tweet, Cole  resurfaced on twitter yesterday with an interesting short story that he compiled by retweeting other people’s tweets. I cannot particularly ascertain  if he randomly retweeted people to form the story, or he got in touch with them to add their own sentences, but whichever way, I think it was fantastic. I have storified it below, in the manner of which retweet came first.  Enjoy!!! 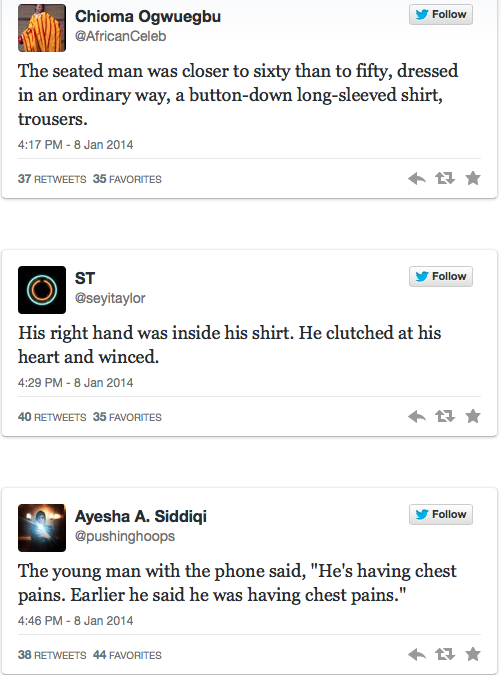 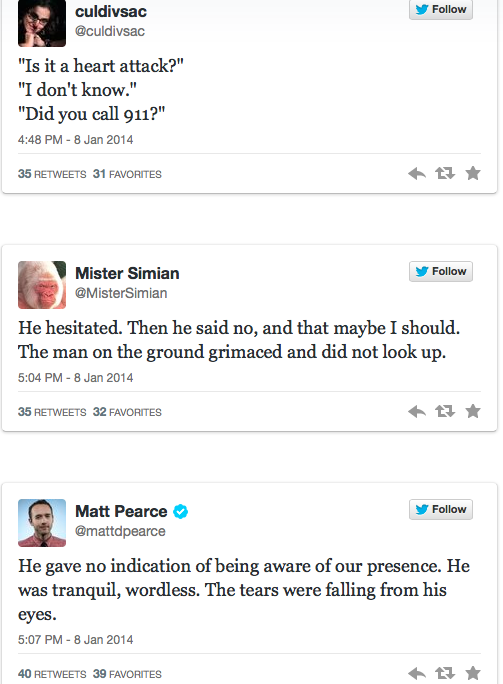 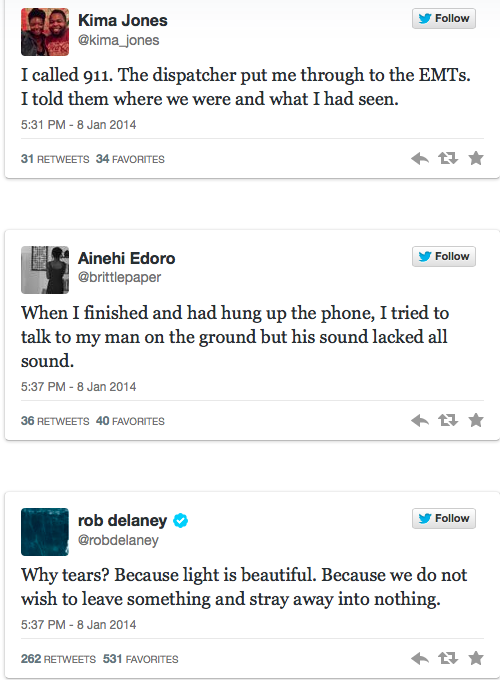 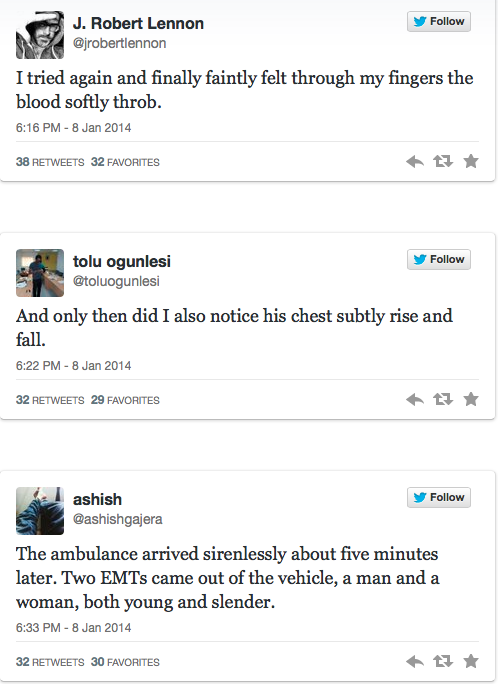 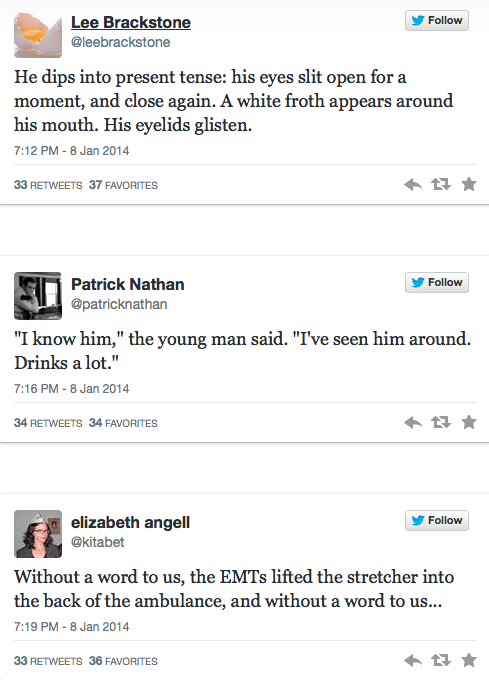 Go ahead, feel free to give it whatever title you like.